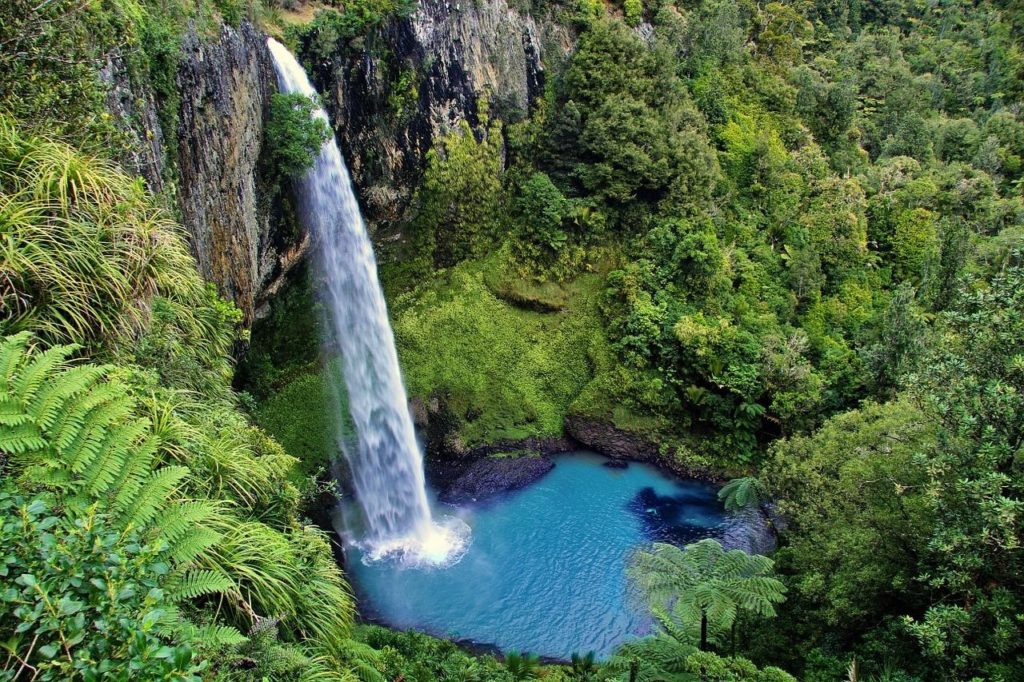 New Zealand, the land of the long white cloud, is without doubt one of the most spectacular places on Earth. This wonderful country has a surreal quality and diverse beauty that inspires reverence in natives and visitors alike. Located more than a thousand miles from Australia’s mainland, New Zealand boasts a unique combination of plants, animals and natural features. Little wonder it is a popular destination for romantic getaways and adventure seekers.

The North Island of New Zealand, one of the most popular and exciting places in this beautiful country, is magical in its own right. When you arrive at New Zealand’s North Islands, it will appear as though you have arrived at the edge of the world; and feel as though you are about to step into a completely different time and place. This untamed corner of the world is a paradise for travellers seeking the beautiful things in life.

Planning a trip to New Zealand, here are some of the exciting places in the North Islands that should be on your must-visit list. 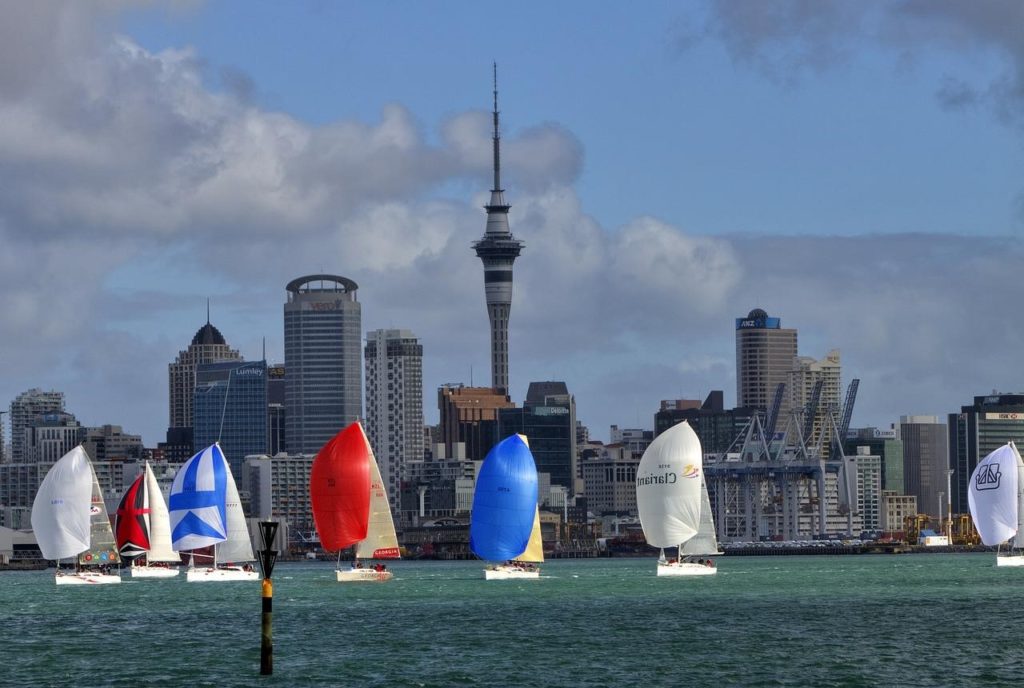 The city of sails –

Auckland in New Zealand’s North Island is often mistaken as the capital of the country. This city is popularly known as the city of sails because of the large number of yachts and sailboats anchored off shore. However, that is not all Auckland is famous for. This picturesque city, home to more than 1 million people, is also said to be the third most liveable place on earth. How is that for an endorsement?

Flying is the best way to arrive at Auckland, landing at the international airport in the heart of the city. But, if you want to fly safe, make sure to check Insurance Air New Zealand for cover options.

Despite being the economic hub of New Zealand, Auckland still boasts some wonderful features that would make a visit a worthwhile experience. For example, the over 320-metre-high Sky Tower located in the centre of Auckland offers a fantastic panoramic view of the city. This is also the highest structure in the southern hemisphere.

Driving away from Auckland, the magic begins. As you move further to the west, you will come across the charming little town of Pahia, which is also the gateway to the wonderful Bay of Islands. This entire area is made up of more than 140 islands and contains some of the country’s most spectacular coastline, as well as being abundant with marine life.

One of the most popular activities in Pahia is kayaking, and you can take the opportunity to explore the beautiful coastline and see more of this fantasy-like region. Of particular interest is the Haruru Falls, which means Big Noise Falls in the Maori language. This awesome sight is heralded by a deafening roar of cascading water falling over the cliff.

The Waitomo caves in New Zealand command special attention. This is one of those places that will make you think you fell asleep and woke up on another planet.

In a series of subterranean caves in the charming town of Waitomo in the North Islands, you will find a place that, at first glance, defies all logic and explanation – a kaleidoscope of stars shining on the rock roof many feet beneath the ground. These are millions and millions of tiny glow worms clinging to the rock roof, making the cave glitter. The glow worms produce light by emitting chemicals that react with the oxygen in the atmosphere. But, regardless of the science behind the phenomenon, it is a surreal experience you will not forget in a hurry. 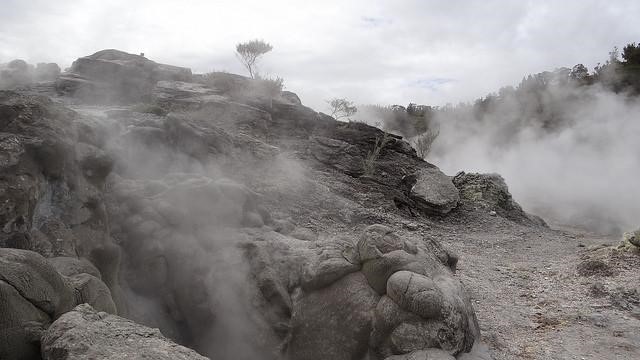 The steaming sulphur city of Rotorua –

Rotorua is a beautiful city in New Zealand’s North Islands popular for its heavy geothermal activities and spa-like environment. As you stroll through this magical destination, get ready to experience lush vegetation, steaming vents, boiling mud pools and gushing geysers. Apart from the area’s natural spea, Rotorua is also rich in Maori history and culture. However, life in this region is not without its hazards, with more than 1000 geothermal features including more than 500 hot pools and 65 geysers in just the Whakarewarewa valley area alone. In fact, geysers can spontaneously erupt and burst out with hot water reaching higher than a 6-storey building. Despite this, you will find hundreds of visitors and tourists in Rotorua, particularly around the Lady Knox Geyser at Wai-O-Tapu where steam vents from the ground unendingly.

The Waitangi treaty grounds, often referred to as the birthplace of New Zealand, is one of the most historic and iconic sites in New Zealand’s North Islands. The famous treaty between Britain and the 500 Maori chiefs of 1840 was signed here. The treaty of Waitangi resulted in the declaration of British sovereignty over New Zealand and is said to have given an unfair advantage to the British as the Maori chiefs were not able to understand the terms of the treaty, which were written in English. This resulted in fighting between the settlers and natives.

You can walk the grounds on your own or take a guided tour as you learn more about the treaty and what happened next.

Driving through the North Islands, you will come across a series of signposts that tell the history of New Zealand. You will encounter a curious combination of towns bearing a mix of English and Maori names such as Plymouth and Matamata. One of these roads leads to the grand and extremely popular Lake Taupo.

The road to Lake Taupo is dotted with dramatic volcanoes, treeless mountains and lush vegetation, making it one of the grandest bodies of water in the southern hemisphere.